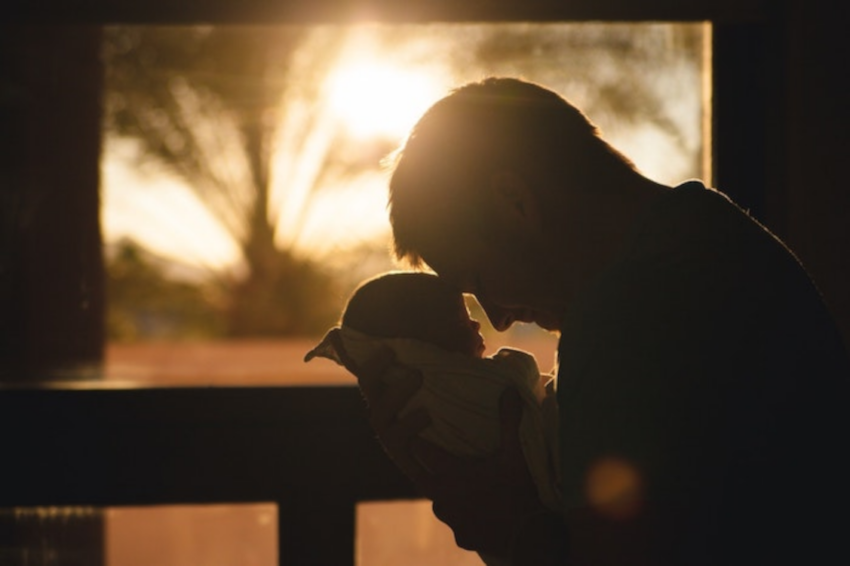 Dear Dr. Amy: My husband and I would like to start a family. I am worried that his health will make it harder for us to have a healthy baby, as he is prediabetic, overweight, and smokes. He says a father’s health doesn’t matter when it comes to conception, pregnancy and the baby’s health. Who’s right?

Dr. Rothenberg: I wish you all the best as you begin this adventure of a lifetime. In this case, I would say you have a good claim to make. Father’s health does matter to the success of the pregnancy. Research supports the idea that as a man ages, there may be less than desirable pregnancy outcomes. Toxin exposure can also compromise sperm health, and male obesity can impact fertility.

But a new study has much further reaching implications, it reveals that the father’s health before conception, in more general and broader ways, plays an essential role in optimizing pregnancy outcomes.

Pregnancy loss is one of the most challenging experiences women, partners, and families can go through. Often, especially when there are repeated miscarriages or other poor outcomes, whether intentional or not, the cause seems to be placed on the woman’s shoulders. There is an enormous industry dedicated to fertility, some of which focuses mostly on maintaining a pregnancy, as opposed to strictly conception.

A retrospective cohort study published in 2020, based on United States insurance claims, assessed about 1 million pregnancy outcomes from 2009-2016. The father’s health prior to conception was investigated and highlighted common chronic ailments, including components of metabolic syndrome like obesity, high cholesterol, and hypertension. The study examined whether the health status of to-be fathers significantly impacted pregnancy loss due to miscarriage, stillbirth or ectopic pregnancy.

In other words, for couples where the male was less healthy prior to conception, there was a significant higher risk of losing the pregnancy due to spontaneous miscarriage, stillbirth, or tubal pregnancy.

As men take greater responsibility for their contribution to a healthy pregnancy, better outcomes can be predicted. Many of these losses are preventable. Licensed naturopathic doctors are uniquely skilled in helping patients with many common, lifestyle-modifiable diagnoses related to heart disease, hypertension, diabetes and toxin exposure. Naturopathic doctors have expertise and skills to help optimize the health of the mother and a father’s health for successful a conception and a viable full-term pregnancy.

For anyone considering becoming a parent, it’s a good time to look at pre-existing health problems; many are treatable through natural medicine. This means working on improving your health before conception may well improve your pregnancy outcomes. The job of trying to be as healthy as possible before and during pregnancy is best shared by both parties. This is a good habit to get into before sharing the job of parenting! And, in the end, with any luck and with a child or children in tow, having addressed common underlying health issues will hopefully lead to a healthier and longer life, so you can enjoy those kids and they can enjoy you!

NOTE: Lastly if I may extrapolate, if you are using a sperm donor or sperm bank to become pregnant – the health screening of the donor must be complete and transparent. And any men who are donating sperm, you can do your part, by being as truthful as possible when filling out health-related questionnaires and working on your own health before participating in sperm donation.

For more read, Five Things a Man can do to Add 12 Years of Life Expectancy.

This article is sponsored by the Institute for Natural Medicine, a non-profit 501(c)(3) organization, partnered with the American Association of Naturopathic Physicians. INM’s mission is to transform healthcare in America by increasing both public awareness of naturopathic medicine and access to naturopathic doctors for patients. INM believes that naturopathic medicine, with its unique principles and practices, has the potential to reverse the tide of chronic illness that overwhelms existing health care systems and to empower people to achieve and maintain their optimal lifelong health. INM strives to achieve this mission through the following  initiatives: