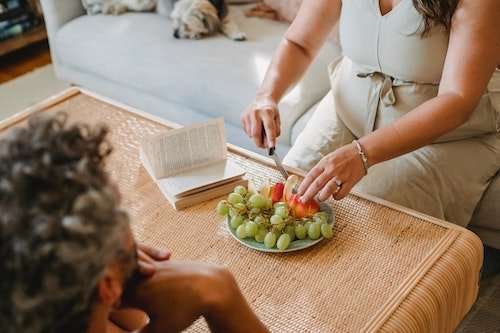 Eating a diet plentiful in fruits, vegetables, whole grains, beans and healthy fats from nuts, olive oil and fish, also known as the Mediterranean-style diet during pregnancy may reduce the risk of preeclampsia. Black women appeared to have the greatest reduction of risk, according to new research published in the Journal of the American Heart Association. This is the same diet that is proven to reduce heart disease risk in adults because of it’s anti-inflammatory properties.

Preeclampsia is a condition during pregnancy that leads to severe high blood pressure and liver or kidney damage. It is a major cause of complications and death for the mother and her unborn child. the condition also also increases a woman’s risk of heart diseases later in life by more than double, including high blood pressure, heart attack, stroke or heart failure. Women with preeclampsia have a higher risk of giving birth before 37 weeks gestation and having low-birth weight babies. Furthermore, children born to mothers with preeclampsia also are at higher risk of developing high blood pressure and heart disease as they get older.

Black women are at higher risk of developing preeclampsia. However, the treatment options are limited, which is why this study is significant.

“The U.S. has the highest maternal mortality rate among developed countries, and preeclampsia contributes to it,” said Anum S. Minhas, M.D., M.H.S., chief cardiology fellow and a cardio-obstetrics and advanced imaging fellow at Johns Hopkins University in Baltimore. “Given these health hazards to both mothers and their children, it is important to identify modifiable factors to prevent the development of preeclampsia, especially among Black women who are at the highest risk of this serious pregnancy complication.”

More than 8,500 women, with a median age of 25, enrolled in the study from Boston Birth Cohort at Boston Medical Center. Nearly half of the participants were Black women (47%), about a quarter were Hispanic women(28%) and the remaining were white women or “other” race, according to self-reported information on a postpartum questionnaire. Researchers created a Mediterranean-style diet score based on participants’ responses to food intake interviews and questionnaires, which were conducted within three days of giving birth.

Here is what they found:

“We were surprised that women who more frequently ate foods in the Mediterranean-style diet were significantly less likely to develop preeclampsia, with Black women experiencing the greatest reduction in risk,” Minhas said. “This is remarkable because there are very few interventions during pregnancy that are found to produce any meaningful benefit, and medical treatments during pregnancy must be approached cautiously to ensure the benefits outweigh the potential risks to the mother and the unborn child.”

If you would like to see a naturopathic doctor during your pregnancy, please see INM’s Find an ND directory.

This article is by Kimberly Lord Stewart, content and marketing director for the Institute for Natural Medicine. Stewart is an award-winning editor,  food and health journalist and best-selling author of Eating Between the Lines, the supermarket shopper’s guide to the truth behind food labels (St. Martin’s Press). 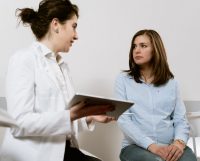 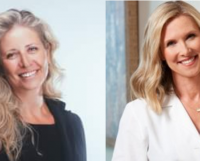 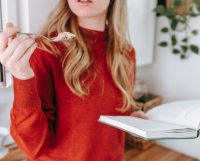 How to Improve Your Gut Microbiome Naturally