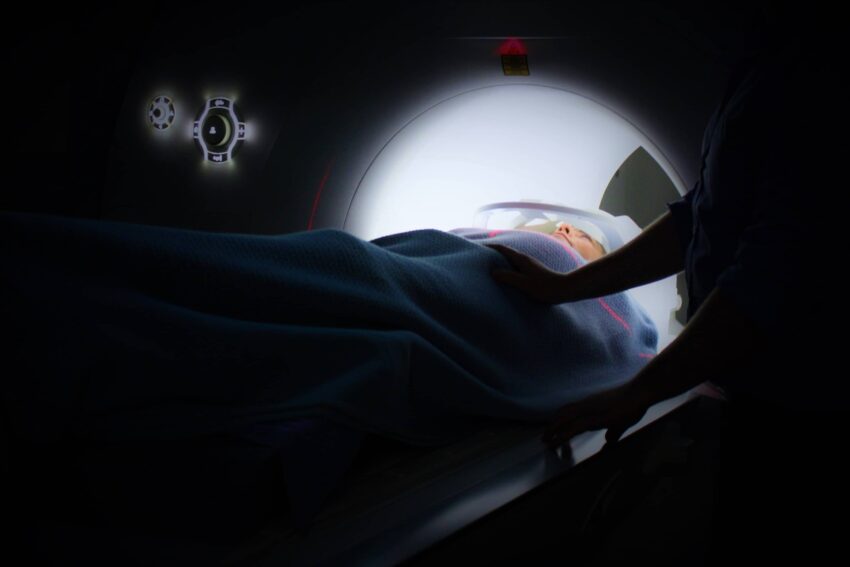 Six years ago, conventional medical doctors sent me home with a prescription for hospice care. They told me I had three weeks to live. But thanks to a non-toxic naturopathic medical treatment, I am still here today, and healthier than ever.

How I did go from hospice to good health? Here is my story.

When I was 75 years old, after a lifetime of relatively good health, I began struggling with horrible nausea and vomiting. For nearly six months, I would wake up feeling fine, but the moment I put something in my mouth, my stomach started acting up. I tried eliminating certain foods from my diet, but nothing helped. Eventually, I couldn’t keep anything down, including water. I lost 20 pounds.

Then, just a few days before Christmas, my symptoms became unbearable. My husband, Dave, took me to the emergency room at the Mayo Clinic in Scottsdale, Arizona, about 90 miles from my hometown of Payson. This was the start of grueling tests and scans, including CAT scans, sonograms, MRIs, bloodwork, and x-rays. The diagnosis was heartbreaking: ovarian cancer.

No time to lose

With no time to lose, I underwent exploratory surgery. Surgeons discovered a mass in my abdomen. Biopsy results confirmed that I had advanced ovarian cancer that had metastasized around my stomach and esophagus—an automatic diagnosis of Stage 4. Deciding that the tumor was too large and involved to remove successfully, the surgeons attached a drain line to my stomach to catch all the food I could not ingest and a PICC line in my arm to deliver intravenous nutrients. I had been vomiting because nothing I ate could get through the giant tumor. At least this way, I wouldn’t starve to death.

I was referred to an oncologist who suggested chemotherapy, and sent home to celebrate New Year’s Eve with my family. I knew I was in one of the best hospitals in the world, and remained positive.

In the new year, I returned to the hospital for twice-weekly chemotherapy sessions. Doctors measured my Cancer Antigen 125 levels—a primary biomarker for many cancers, including ovarian cancer. A normal CA 125 range in a cancer-free person is 0 to 35 units/mL. When I began chemotherapy, my CA 125 measured 222 units/mL. I had heard the horror stories about chemotherapy, but after my first three sessions, I felt my energy increase and thought, “This is not going to be so bad after all.”

But by my fourth treatment, things were going downhill fast. I was vomiting, having diarrhea, and starting to lose my hair. I was worn out and spending most of my time in bed. After the eighth chemo treatment, they measured my CA 125 again. It was 376 units/ML. The chemo wasn’t working, and I was getting sicker every day.

The chemo wasn’t working, and I was getting sicker every day.

At that point, my doctors recommended a “debulking” surgery to remove as much of the tumor and mass as possible. Because the ovarian cancer had already spread widely throughout my abdomen, the goal was to leave behind no tumors larger than 1 cm. The surgery would include removal of my uterus, ovaries, and fallopian tubes.

But when the surgical team opened me up, they found that the cancer had taken over everything: they literally could not tell one organ from the next. They closed me up, and that’s when they told me I had three weeks to live. I was referred to hospice, packed up with a bottle of morphine and fluids for my PICC line, and sent home to be with my husband and my dog. My daughter offered to take care of me. We all thought I was going to die.

Three weeks went by. Then three months. I couldn’t eat anything, and was surviving on popsicles, juice and the fluids from my PICC line. It was March and I had lost another 43 pounds since the last chemo treatment in January. Every night I would go to sleep, praying that I would die quietly and peacefully.

Then in April, a doctor in Payson recommended that I try curcumin. Curcumin is the main active ingredient in turmeric and is used in medicine for its anti-inflammatory and antioxidant properties. Studies have shown that curcumin can help stop cancer growth by attacking cancer cells at multiple points in their lifecycle. It does not have toxic side effects.

My daughter helped administer my curcumin twice daily through rectal infusion. After a few weeks, I was holding down food and drink for the first time in months. Soon, the tube connecting the drainage bag to my stomach came out—all on its own. I was so happy I could eat again, especially bacon. I started to feel stronger. More importantly, my CA 125 had come down to 139 units/mL. But, it plateaued at a level still far from normal.

At that point in time, a friend referred me to Dr. Thomas Kruzel. A naturopathic doctor trained as a primary care physician at an accredited naturopathic medical college, licensed by the state of Arizona, Dr. Kruzel had a number of cancer patients in his practice and was using curcumin to treat them.

Studies have shown that curcumin can help stop cancer growth by attacking cancer cells at multiple points in their lifecycle.

Dr. Kruzel was the first doctor I had ever met who actually took the time to sit down and talk to me and answer all my questions. Unlike other doctors, he looked at my health like I was a whole person—my mind and my body.

Dr. Kruzel started me on a treatment regime that included a weekly intravenous (IV) administration of curcumin, which is absorbed into the body more effectively in this way. He also gave me high dose vitamin C and other key nutrients to rev up my immune system. Additionally, he gave me homeopathics such as conium maculatum to help disrupt my cancer cell metabolism, and rotating herbal formulas to keep my immune system healthy and aggressive. He has helped well over 1,000 patients in his practice manage their cancer over the past 30 years.

Before long, my CA 125 started to come down again. Within two years, it measured 35 units/mL—virtually normal, meaning that my cancer was in remission. Also, I felt great! I could play with my dog, go out with my husband and my friends, and eat anything I wanted.

Six years later, once a week, I still drive an hour and a half to Scottsdale to see Dr. Kruzel and receive treatment. He has recommended that I continue receiving curcumin for the rest of my life, and anticipates that I will be able to space the treatments out to monthly infusions with time. I see him for almost all my healthcare needs now and he is my primary care provider. The truth is, I look forward to my treatments. They last about an hour, and they are painless and easy. Dr. Kruzel sits with me and we catch up on life while I am hooked up. Afterward, I go out to lunch and shopping with my daughter.

So, that’s my story. I am alive and well six years after conventional medicine practitioners had done everything they could for me, and sent me home to die. I have hope, thanks to Dr. Kruzel and naturopathic medicine.

Sonia Swanson is an 81-year-old and mother of two living in Payson, Arizona. She enjoys cooking, genealogy and her beloved dog, Daisy.