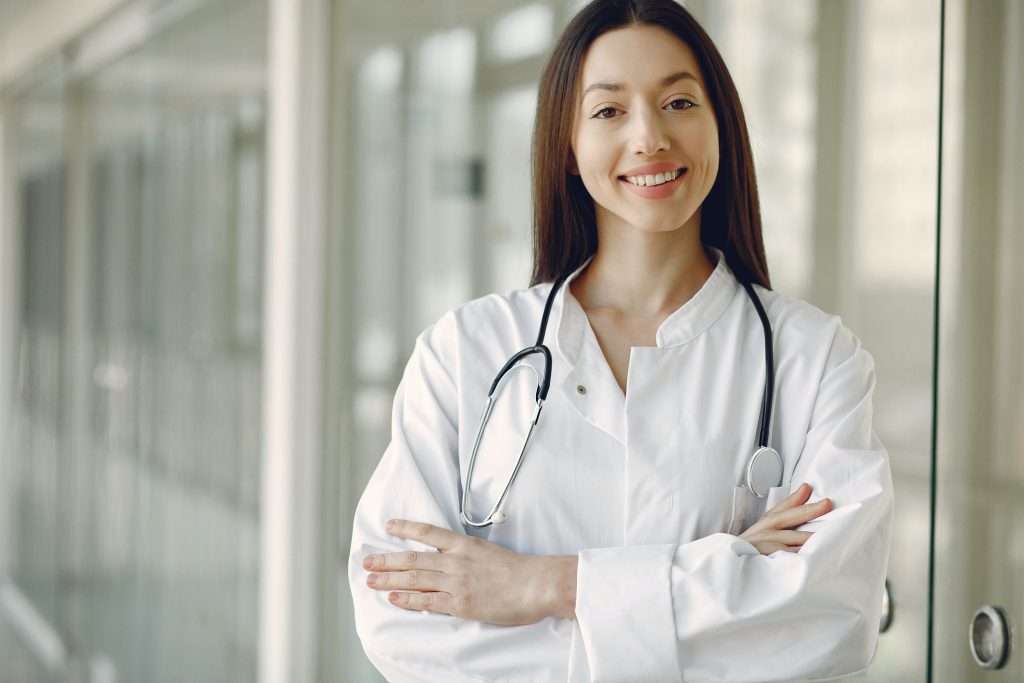 Steven Sandberg-Lewis, ND with INM & AANP Highlights Imbalances in the digestive system can lead to symptoms elsewhere in the body. Treatment plans are personalized and … 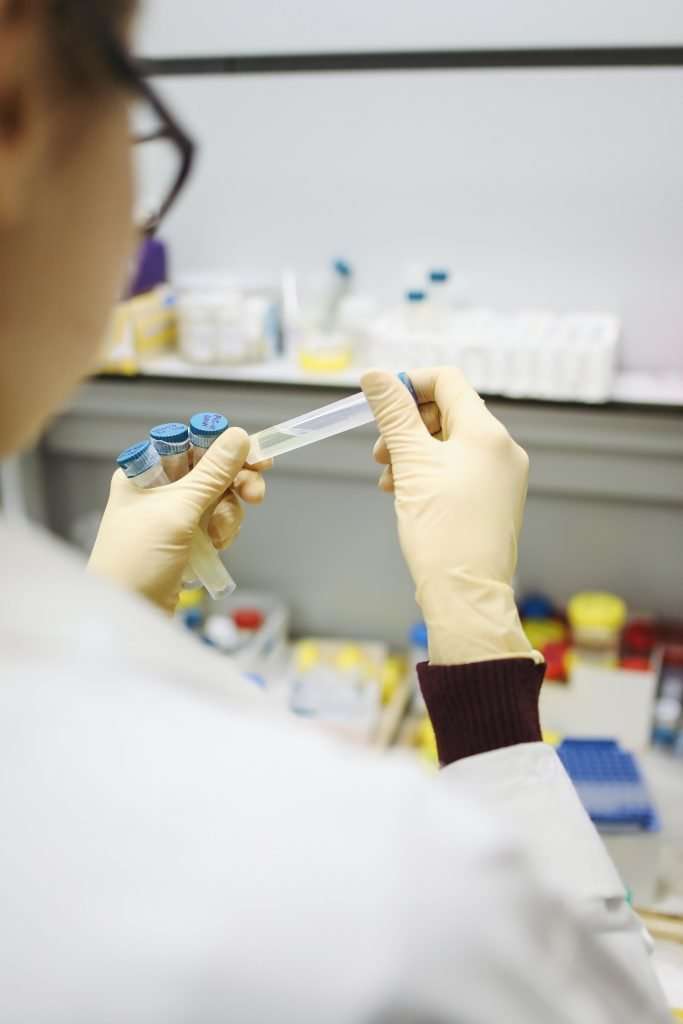 Marianne Marchese, ND with INM & AANP Highlights The main risk factor for cervical dysplasia is the presence of HPV. Approximately 40 percent of American women (and … 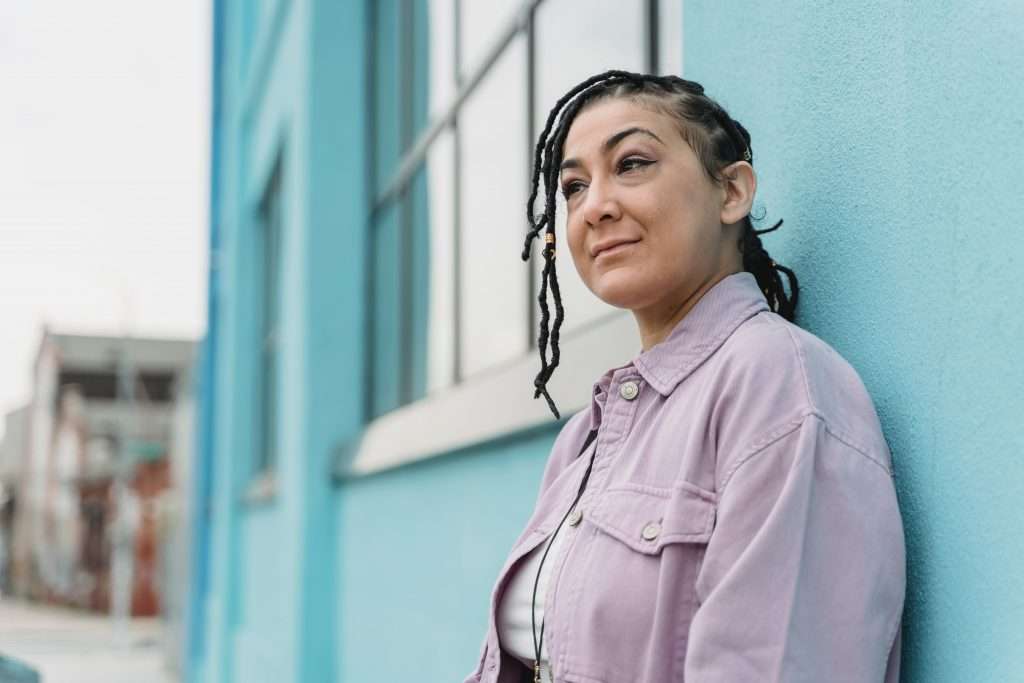 Tori Hudson, ND with INM & AANP Highlights Whole-body health evaluation and care during perimenopause is vital, both to manage troubling symptoms, and to preventively …

How do Naturopathic Doctors Help Women During Perimenopause? Read More » 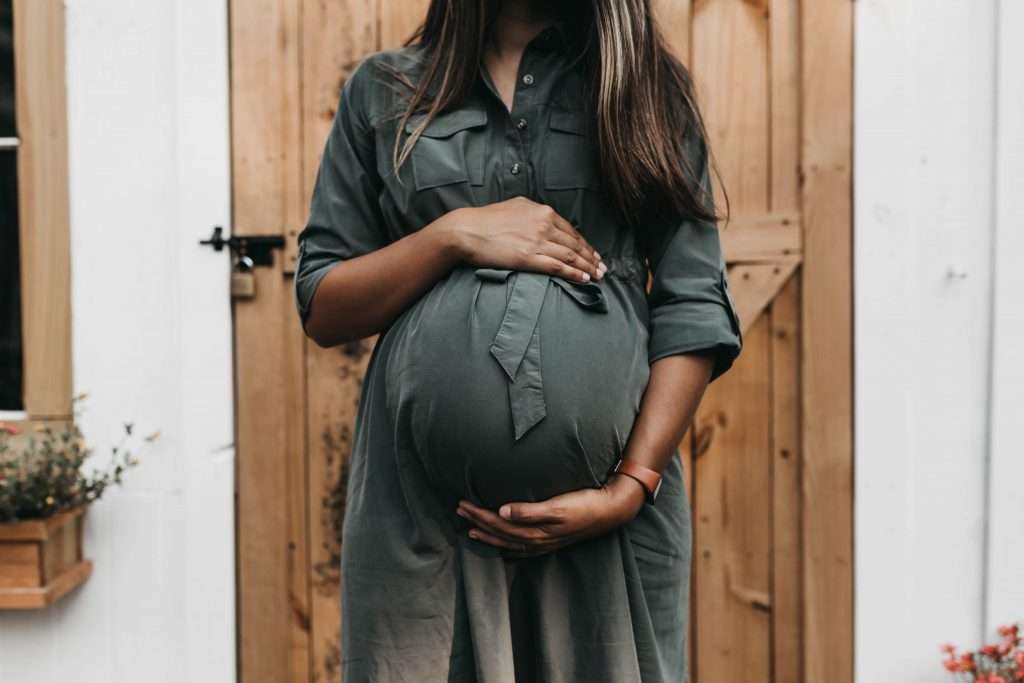 Postpartum physical health is an area that is often under-addressed in women’s health. The female body goes through many changes during pregnancy and not all … 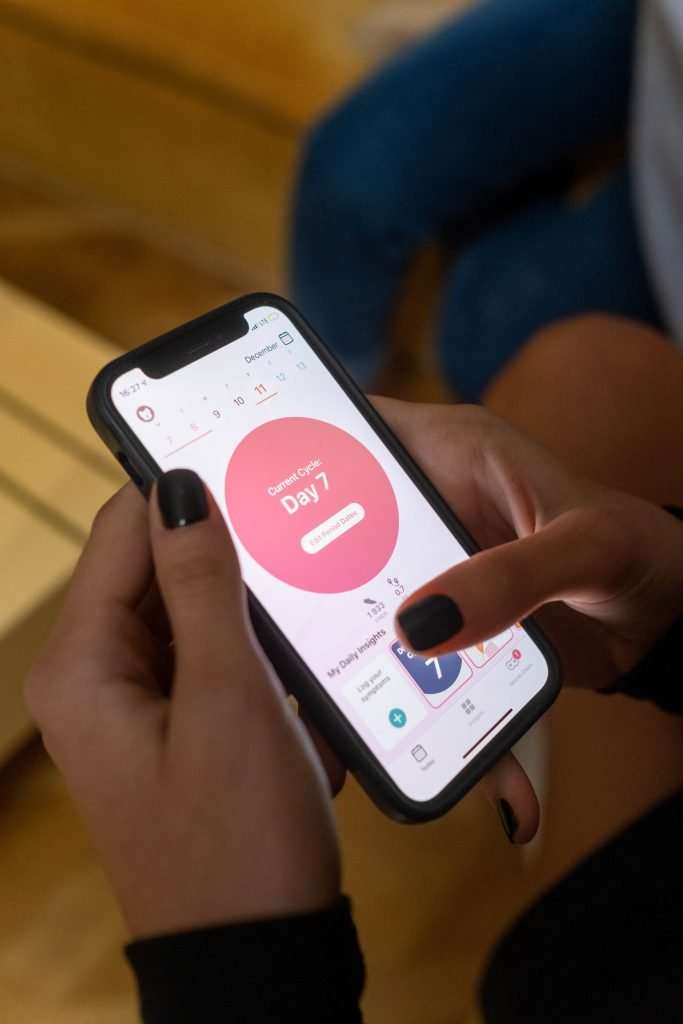 Jaclyn Chasse, ND with INM & AANP Highlights 1 in 8 couples in the U.S. have difficulty getting pregnant or staying pregnant. NDs guide couples in …

Find a Naturopathic Doctor
error: Content is protected. To collaborate with us, email info@naturemed.org!

Get our Natural Medicine newsletter

Subscribe for easy wellness tips and the latest research in natural medicine. 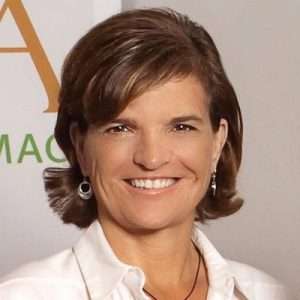 Debra Hubers is a serial entrepreneur and has started seven businesses; ranging from an advanced genomics to an employer health care purchasing cooperative. Deb has over 35 years of experience in healthcare finance, education, technology, and pharmacogenomics.

Ms. Hubers has dedicated her career to measuring and improving healthcare outcomes. Her expertise is leveraging technology to deliver personalized, preventative medicine. Ms. Hubers co-founded La Vita Compounding Pharmacy in 2007. Collaborating with her business partner, physicians and strategic partners, Deb has grown La Vita to be one of the most respected and sought-after personalized medicine providers on the west coast. She is also Co-Founder of EpigeneticsRx, a leading provider of precise, personalized, prevention which positively impacts genetic expression. 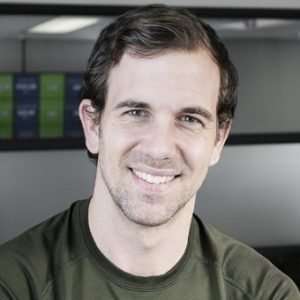 Dr. Alex Keller, ND, AFMCP is a graduate of the University of Ottawa with an Honours Bachelor in Health Sciences and Psychology. Although originally intending to attend conventional medical school, following a three-month volunteer internship at a rural Kenyan hospital where he observed how doctors used local food to treat patients, he shifted his career goals and pursued a degree in naturopathic medicine at the Canadian College of Naturopathic Medicine in Toronto.

After one year of practicing with the esteemed Dr. Chris Pickrell, ND, RH in a community acupuncture setting, in 2015 he and his wife Dr. Jenn Keller, ND moved to rural Ottawa, Canada where they started an organic farm and retreat center. In the same year, Alex and his athletic therapist sister Jess Keller combined their practices to form Keller Active Health, an integrative physical therapy clinic.

Ever curious and passionate about the education of evidence-based natural medicine, in 2017, Dr. Keller joined a fledgling Ottawa-based health tech startup named Fullscript. He serves as its Medical Director and oversees the development of medical education content for practitioners across North America.

Prior to medicine, Alex worked in the renewable energy sector, where he developed a deep passion for sustainable agriculture and environmental stewardship. This connection between medicine and agriculture now drives Alex to focus much of his energy on bringing awareness to the quality and sourcing standards in the supplement and organic agriculture supply chains.

Today, he splits his professional time practicing as a clinician, working for Fullscript, and expanding the farming operation while chasing his kids with Jenn and occasionally running ultra-marathon trail races. He is also currently completing an Executive MBA through the Quantic School of Business & Technology with a focus on supply chain innovation.

Pamela Snider, ND, is Executive and Senior Editor for the Foundations of Naturopathic Medicine Project, producing a first of its kind international textbook of Naturopathic medicine through a series of international retreats and symposia. A nationally recognized integrative health and policy leader, she is active in both national and regional integrative health initiatives. Dr. Snider serves on the Board of Directors, was founding Executive Director and co-founder of the Academic Consortium for Integrative Health (ACIH/ACCAHC) a consortium of the councils of schools, accrediting agencies and certifying bodies of the licensed, traditional and emerging integrative health professions, and is currently Vice Chair and co-founder of the Integrative Health Policy Consortium (IHPC).  Dr. Snider served as a founding Board Member of the Academy of Integrative Health & Medicine from 2014-2016. Her public policy work includes completing a two year appointment to the DHHS Center For Medicaid and Medicare Services (CMS) Medicare Coverage Advisory Committee (MCAC); serving as a Steering Committee Member for  the HRSA funded American College of Preventive Medicine NCCIM Integrative Medicine in Preventive Medicine Residency program, co-directing in USPHS Region X the Building Bridges Between Provider Communities Group, an exploration of interdisciplinary collaboration and common ground between public health and CAM; serving for 22 years on Washington State’s Health Professional Loan Repayment and Scholarship Program Advisory Committee (HPLRSP); providing technical assistance to and developing key language for the enabling legislation for NIH Center for Complementary and Alternative Medicine (NCCIH/NCCAM); and staffing Joseph Pizzorno ND during his appointment as Commissioner on the White House Commission on CAM Policy.

From 1994-2003, Dr. Snider served as Associate Dean for Public and Professional Affairs and Naturopathic Medicine at Bastyr University, dividing her work between academic and public affairs activities, including chairing the Naturopathic Medicine Program Curriculum Review Committee.  Dr. Snider has been teaching, publishing and lecturing widely on Naturopathic philosophy, theory integrative health, public policy, and other topics for over 30 years. Currently, an Associate Professor at National University of Natural Medicine (NUNM) in Portland, OR, Dr. Snider also continues at Bastyr University in her 22nd year as a faculty member teaching naturopathic medicine history, clinical theory, and global context. Among her Naturopathic medicine professional roles she serves on the Institute for Natural Medicine’s Leadership Council.  In 1989, she co-led the naturopathic profession with Dr. Jared Zeff, in developing a unifying definition of naturopathic medicine and its principles of practice adopted unanimously by the American Association of Naturopathic Physicians (AANP) House of Delegates. She was a co-investigator in the 2004 NIH NCCAM research study, the North American Naturopathic Medical Research Agenda and CAM Advisor in NIHCCAM’s Financing Integrative Health Care (University of Washington).  Her areas of experience include healthcare education; naturopathic and interdisciplinary clinical theory, curriculum development; clinical practice; government and legislative affairs, public policy, interdisciplinary collaboration, and community organizing.  Dr. Snider has received the Ontario Naturopathic Physician of the Year Award, the Physician of the Year Award from the AANP, the President’s Outstanding Vision Award and Distinguished Alumnus Award at Bastyr University, AANP’s President’s Award, an honorary Doctorate of Naturopathic Philosophy from the Canadian College of Naturopathic Medicine (CCNM), the William A Mitchell Vis Award from the AANP and The Gathering – NMSA’s Beacon Award. She received her ND degree in 1982 from Bastyr University of Natural Health Sciences and is a licensed naturopathic physician in the State of Washington. She lives with her husband and children at their homestead in North Bend Washington, in the beautiful mountain to sea landscape and home of The Revival – Restore the Vis, an annual student-led community gathering. 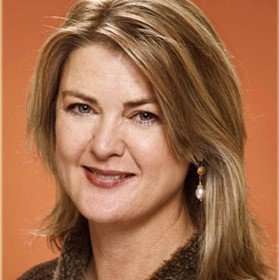 Susan Haeger is Founder/Principal of Transformative Health Solutions Inc. She has applied her twenty plus years in executive leadership to help shape and drive adoption of progressive health policy for whole person healthcare. She was a section contributor to the 2021 INM/AANP published professional white paper, Naturopathic Physicians as Whole Health Specialists: The Future is Whole Person Health Care that provides supporting evidence for the profession’s significant and unique contributions to preventive, whole person care and models of integrative clinical practice.

Bruce Barlean is an owner and founder of Barlean’s, a global dietary supplement manufacturer located in the Pacific Northwest in Ferndale, WA. Bruce has been actively involved in the Natural Products industry since 1989 and is passionate about making a difference in the world and positively impacting the lives of others.

Bruce believes that people can make a difference in the world through ordinary purchases. He is committed to improving the quality of life for every person on the planet by making the best products and by using the profits to support outreach programs. Bruce summarizes it simply, “We make good stuff to do good stuff”.

In the late 1980’s Bruce became passionate about how health could be dramatically improved with Flax Oil Supplementation. Bruce along with his entrepreneurial parents saw the potential to improve the lives of many people and in 1989 they began selling Flax Oil under the Barlean’s name. From 1989 – 2000 the business grew an average of 40% year over year. While most companies saw a decline in business in the 2001 recession, Barlean’s continued to grow and soon became America’s #1 selling flaxseed oil and continues to be to the present. The brand has since expanded to include additional oils, green food concentrates and other premium supplements. Bruce continues to drive innovation and over the years his products and company have won countless awards including: Eight consecutive Vity Awards for #1 EFA, Six consecutive Vity Awards for #1 Greens Food Supplement, Natural Choice Award for Best Specialty Supplement, Best Product of the Year, Best New Product, Gold Medal Taster’s Choice Award, Gold Medal American Masters of Taste Award, #1 Health Food Store Brand for Consumer Satisfaction by Consumer Lab, and Manufacturer of the Year.

In 2013 as the company was on the eve of celebrating the 25th year in business Bruce and his parents decided to take their desire to help people to a new level that they call Pathway to a Better Life – which is now seen in the Barlean’s logo. Bruce and his parents had always been generous in their giving and support of charities, but as part of the Pathway to a Better Life they decided to increased partnership with charitable organizations such as: Vitamin Angels, Compassion International, KidsTown International, Autism Hope Alliance, Engedi Refuge, Project 92, and others. And because so many people are unable to meet basic nutritional needs, Bruce created a comprehensive Omega-3 and multivitamin formula that he distributes free-of-charge to local food banks. In addition, Bruce decided the company would supply food banks with organic coconut oil to provide people with a health alternative to standard cooking oils.

Always generous with his time Bruce has served as a youth leader for his local church for several years and continues to mentor youth. He has been on several not for profit boards including; Whatcom County Pregnancy Center (2003-2006), Natural Products Association (dates?), and the Institute for Natural Medicine Leadership Council (presently).

The Barlean family have been avid supporters of Bastyr University since the 1990’s and in 2013 were given Bastyr’s most prestigious honor, the Mission Award, which recognizes their leadership over time in improving the health and well-being of the human community.

Bruce currently resides in Ferndale, WA with his wife Lisa and their two dogs: Heinz & Shadow. When he’s not helping others he can be found fishing (catch & release). 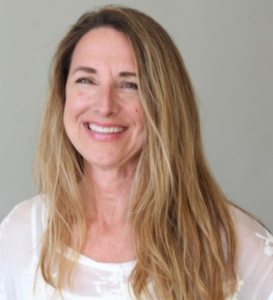 As president and CEO of INM, Dr. Simon brings her passion for working with organizations dedicated to improving the quality and delivery of healthcare. This desire stems from her years of practice as a licensed naturopathic physician. In addition to holding a Naturopathic Doctorate from Bastyr University she also holds a PhD in Biomedical Engineering from the University of North Carolina at Chapel Hill.

She has served on boards for the American Association of Naturopathic Physicians (AANP), the Naturopathic Physicians Research Institute (NPRI), and several advisory boards. Dr. Simon served nine years on the Washington State Health Technology Clinical Committee, as Ambassador to the Academy of Integrative Health and Medicine (AIHM) and was recognized as 2018 AANP Physician of the Year. Dr. Simon shares with her husband a passion for adventure travel, preferably by boat or motorcycle. She also enjoys teaching a women’s off-road motorcycling class.